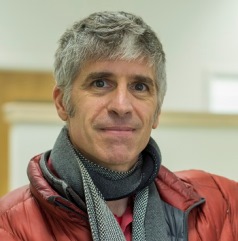 Stephen brings more than 25 years of experience in CAD design, specializing in piping and modular skid design for process facilities in the Natural Gas, Semiconductor (ultra high-purity), and Wastewater industries. Through his experience managing, training and developing design teams he has developed both an intimate knowledge of, and advanced expertise with, effective space management of process equipment and piping.

Previously, Stephen was a Mechanical Designer with UAI Engineering in Williston, Vermont, and a Design/Drafter with Camp, Dresser & Mckee Engineering in Cambridge, MA. Some major projects with CDM included the Central Artery Tunnel project, Logan 2000 upgrade, and the wastewater treatment upgrade at IBM in Essex Junction.

Stephen is one of the earliest members of the ENGVT team, joining in 2000 when the company was called Engenuity. He was instrumental in bringing the design of NEHP's first modular systems to light using 3D Autocad. Then migrating to Solidworks.

Prior to re-joining ENGVT, Stephen held the positions of Lead Mechanical Designer and Design Department Manager at UE Compression/Colorado Compressor Inc., in Commerce City, Colorado, where he focused on modular gas and air compressor skid design.